It’s time for us to look into a new vehicle for the family.  The 2005 Pilot we’ve had has been good to us, but it’s time to think about what will be worth more over time: a fixer-upper, or a gently used newish car.

The fun part about this is the research that’s involved, if you’re into learning more about cars that is.  I love using websites such as Edmunds, AutoTrader, and Cars.com to research the pros and cons of the different cars that are out there.

I’m looking to replace a car that has done it all: transport kids to and from practice, road trips to Florida, and hauling 30 bags of mulch.  What’s funny is that I think a minivan is going to be the way to go.  It’s safe, it’s comfortable, and it hauls lots of stuff.

A part of me died just a second ago after writing that.  But a minivan may just be the answer.  There are cars out there like SUVs and other crossovers that have the same seating as a minivan and can do the same things.  In fact, many of the newer crossover models kind of look a lot like minivans.

But honestly, when was the last time I went “off-road” for anything?

When was the last time I needed that all-wheel drive to kick in?  Once or twice when I drove in the snow before the road was plowed, and I still swerved and swayed down the road so it didn’t really help that much.  Besides, what do we end up doing when we know a snow storm is coming?

We buy bread and milk since they are such versatile foods and we stay home like most folks.

It finally sunk in when we were driving home from another out-of-town soccer tournament. It had been a long day in the sun.  We were cruising down I-70 and the inside of the car was eerily quiet.  I looked up in the rear view mirror and saw both of my kids in the “I’m going to sleep now, but it won’t look pretty” sleeping positions: 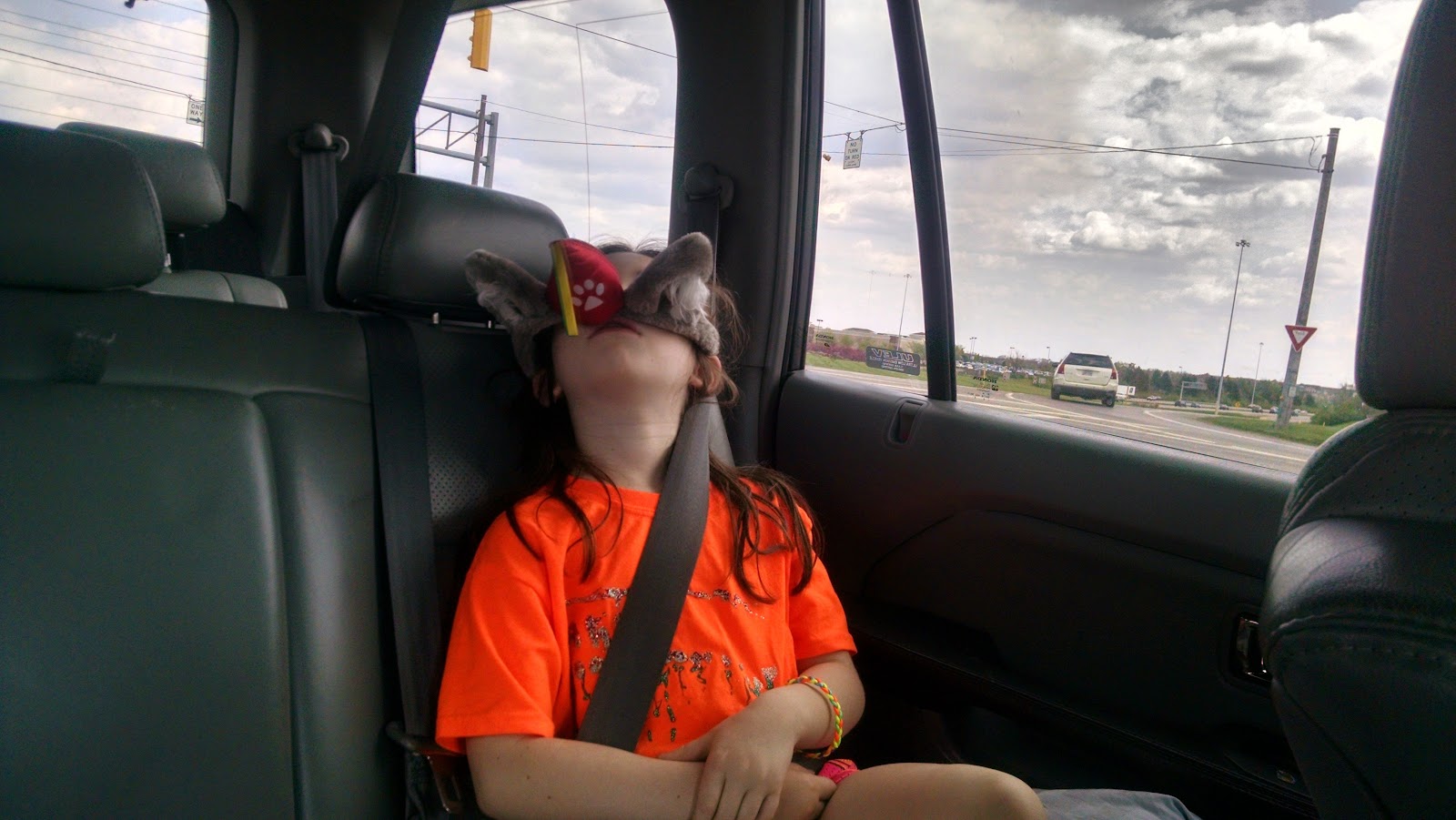 While sleeping in the semi-control-over-my-neck-while-balancing-my-head position in a car is sort of a right of passage for kids, I’m thinking there’s a better way to travel.  I’m also thinking about our family’s future and I’m betting it’s going to be a lot more of this: 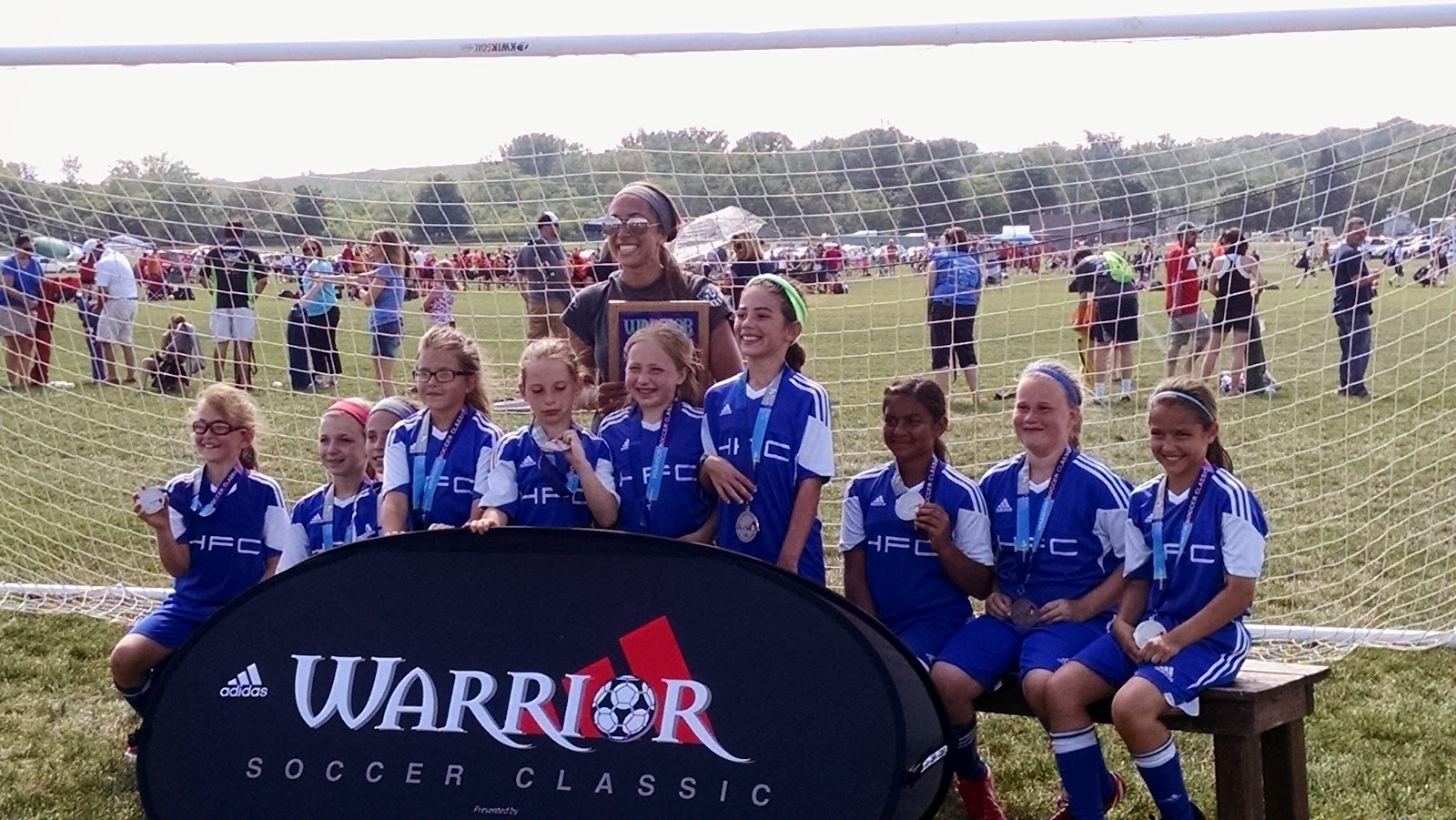 And I am happy with that because it’s the truth.

When I started the year as a first year principal, I was worried that I wouldn’t live up to everyone’s expectations.  I thought I had to be someone different than who I am and act a certain way.  But someone at the beginning of the year once told me, “They just want you for you.”

I’ve tried to stay true to myself this year.  What you saw this year is who I am: a 36 year-old married father of two and an elementary principal who likes to have fun, who will only do what is best for kids, and who feels very blessed to do what he does.

And I think I’ll end up driving a minivan.

Thanks for an amazing year! Let’s do it again!

“STEM curriculum turned into an addictive game”
“Yes, and… Thoughts on print versus digital reading by Kristin Ziemke”
“Tomorrow’s Learning Today: 7 Shifts To Create A Classroom Of The Future”

Playing sports can be one of the most important part of someone’s life.  The learning journey that takes place from participating in a sport carries over and often times becomes the experience that makes the biggest impact in someone’s life.

While many of the sports stories that captivate us deal mostly with players or with teams, I’ve been more captivated recently by the effect coaches have on those they serve.

I chose the word “serve” intentionally because I believe that the great coaches, the ones that make life-long, lasting impacts, coach because it’s their way of serving others and working towards a greater good.  The great coaches aren’t interested in winning only; they see their role as an opportunity to change lives through sports.  They see the sport they coach as a vehicle that carries the players they serve to something greater.

My daughter’s soccer coach is one of these people.

This weekend was a tournament weekend, a chance for kids like my daughter to play the sport they love for an extended amount of time.  During the second game my daughter’s team played, there was an irate parent whose daughter played for the other team.  At first, the father yelled at the referees for calls they made; nothing out of the ordinary when it comes to irate soccer parents.  However, this father took it a little too far.

My daughter’s team won the game that came down to a goal that was made within the last minute.  After the game, that same irate father charged across the field to continue to make his feelings heard.  During his tirade, he turned his focus of verbal attacks on my daughter’s coach.

Now, just for context here, picture a 6′ 3″ forty-something father yelling at a 22-year-old female coach. Not exactly a shining moment for this father.

In these moments, it’s how we respond to challenges that make us who we are.

My daughter’s coach politely said that the words he was using in front of the kids was inappropriate, turned herself away from the father and helped the girls move to another place on the field.

My daughter’s coach did what she could to put my daughter and her teammates safety and well-being before anything else and helped them get away from a negative experience. She could have chose to respond many different ways and with good reason, but she put kids first and walked away. All I could ever want as a parent is to have the adults in my daughter’s life be positive role models, and Coach Heather exceeds that expectation in the way she coaches.

Miguel Rodriguez is another story of how a coach’s compassion for others outshines the sports aspect of his life.  His story was featured on SportCenter this weekend.

Mr. Rodriguez is an immigrant from Venezuela.  He started a wrestling club a few years ago and works as a instructional aide for students with special needs.  One of those students is Isaiah Bird.

Isaiah was born with physical disabilities that makes him a unique wrestler.  He has no legs, yet is one of the most competitive wrestlers in his area.  As Coach Rodriquez puts it, “He’s the one to beat.”

At first, I was captivated about how this 7-year-old overcomes his physical challenges to become an outstanding wrestler.  However, by the end of the story, I am more taken with the deep compassion Mr. Rodriquez has for Isaiah.  He feels Isaiah’s life is only going to get rougher and Coach Rodriguez sees his role as someone who will get Isaiah ready to take on these challenges.

See the full compelling story here. It is worth every second. (Have the tissues on standby.) -> http://espn.go.com/video/clip?id=espn:12893699

The great coaches make it about something bigger than the sport they coach.  They see themselves as a servant leader who believes that sports are just a vehicle to get others to something greater.

On behalf of all players, I’d like to say thanks to all the great coaches.

Have a GREAT week!

“Frustrated and Frustrating via @Dwight_Carter”

“Let Kids Fidget in Class: Why It Can Be Good For Those with ADHD”

“From Reluctant to Engaged”

“A Title Doesn’t Make You a Leader”

I struggled to get something down for this week’s update.  I drafted and rejected a handful of thoughts and then the right thought surfaced when I was in the checkout line at the grocery:  There is freedom in not knowing.

Not knowing the answer means you get to find a way to the answer.

Not knowing what’s next means you get to keep your mind open to the possibilities.

Not knowing how means you get to learn something new.

Not knowing why means you get to discover the reason.

As professionals who are in the knowledge business, I think that sometimes we put too much pressure on ourselves to “know”.  Shouldn’t we be more focused on the process and the methods of learning rather than what the answer is?  If we shift our thinking to discovery, open mindedness, and being comfortable with not knowing, we may find ourselves doing more learning.

Have a GREAT week!

“The ‘most powerful’ classroom innovation”

“The Joy in “Break it, Fix it” Schools

“40 Quotes that Will Quiet Your Mind”

Something to make you smile